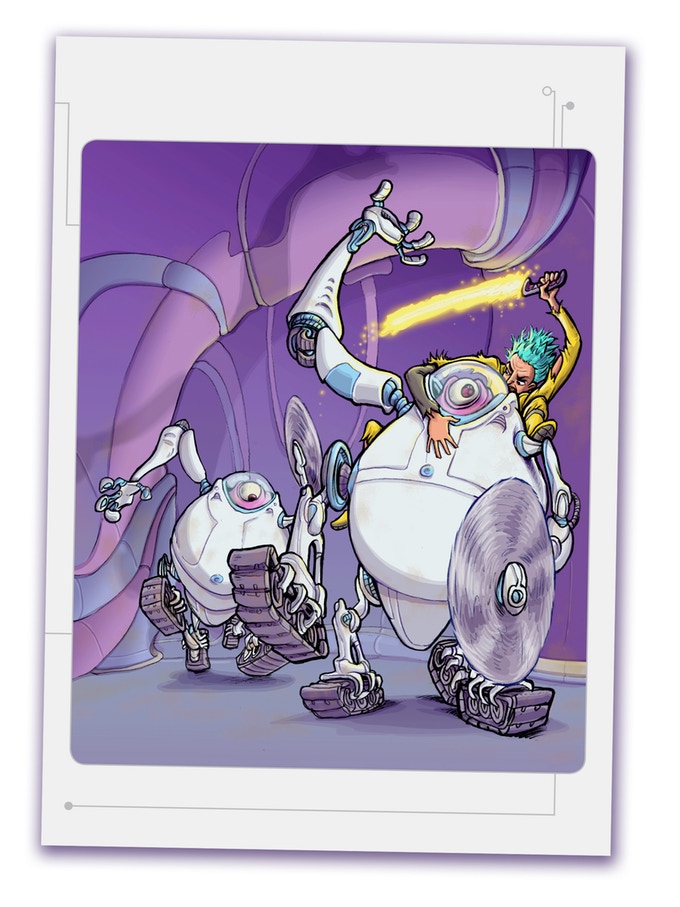 We’ve added a supplement for Portal of Life character creation.

Each Midnight Legion gamebook can be played on its own, or the same character can progress through all three books. If you’re starting with Portal of Life, we’ve added something new—additional weapons and equipment to help you survive the challenges ahead.  Download the PDF here. 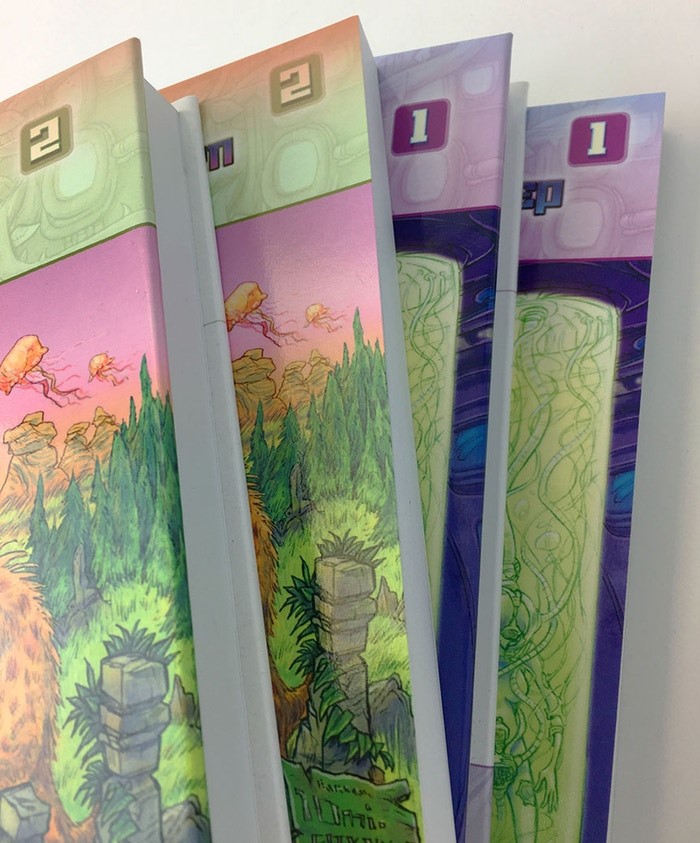 Studio 9 has sold out of most of the original print runs of Midnight Legion Books 1 and 2, but both are now available as print on demand titles from DriveThru RPG.

Details: They’re available in both hardcover and softcover, and come in a standard size (6″x9″) that’s a bit bigger than the originals (6″x8.5″).  They also cost a bit more (+$3-$10 depending on the title and format), except for the Book 1 softcover version, which costs $3 less than the Boxed Set since it does not contain the box or dice, and the map and Rule & Memories Book come as a free PDF accompanying the print book.

Now, you can purchase Last Recruit directly from the publisher.

In addition, DriveThruRPG is now making all existing Midnight Legion titles, including Last Recruit, available for the first time as downloadable PDFs:

There’s no longer any excuse not to join the Legion! 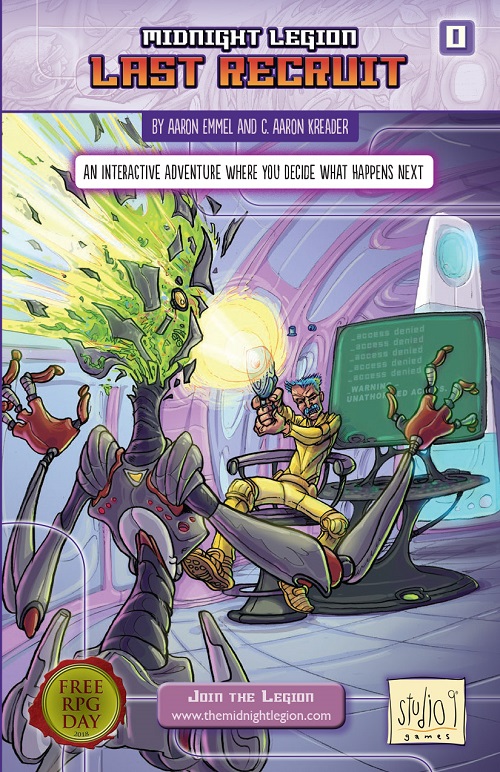 Last Recruit is a brief, limited edition prequel to Operation Deep Sleep, available at hobby shops across the United States for Free RPG Day 2018.  If you miss it, don’t worry—it will be featured as one of the rewards for this summer’s Kickstarter for the third and final Midnight Legion volume, The Portal of Life.

The Last Recruit reveals how you joined the Legion and began your training. Each Midnight Legion gamebook contains detailed instructions for creating your character. If you play The Last Recruit, you can skip that process: by the end of the adventure, you will have a character that you can keep and use throughout the Midnight Legion gamebook series. The Last Recruit also features some minor character alterations that you can only access by playing this adventure, and completing the story will unlock an otherwise hidden scene in The Portal of Life.

You have been recruited into the Midnight Legion, a clandestine group created to preserve human civilization after society’s inevitable collapse. If you complete your training, you will become a full agent.  Unfortunately, figuring out who to trust won’t be as easy as it looks.

There’s no time to waste—the human race is depending on you. 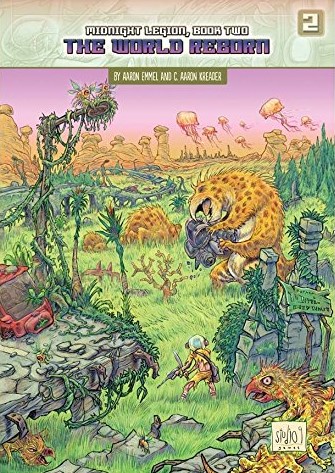 The Midnight Legion, Book 2: The World Reborn is available now for preorder from the publisher, Studio 9, and from Amazon.com.

Midnight Legion, Book 2: The World Reborn met its Kickstarter goal yesterday!  We’re encouraged by the support we’ve received so far.  There are still 25 days left to go in the campaign, so please spread the word to anyone who might be interested.  And if you want to start getting excited about the third and final book in the trilogy, C. Aaron Kreader has posted a preview sketch on the Kickstarter page. 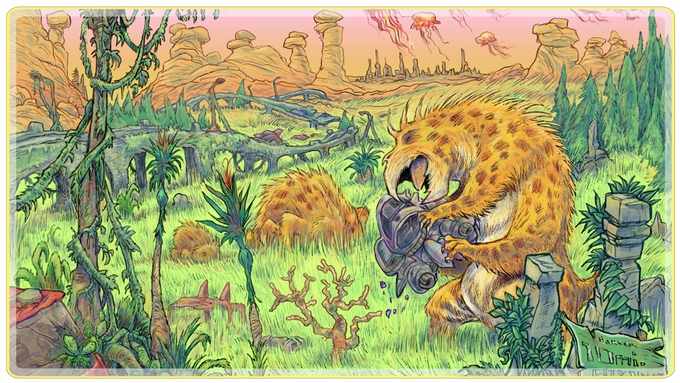 The Kickstarter for Midnight Legion, Book 2: The Portal Life is now halfway funded!  Huge thanks to everyone who’s supported so far — and please continue to spread the word. 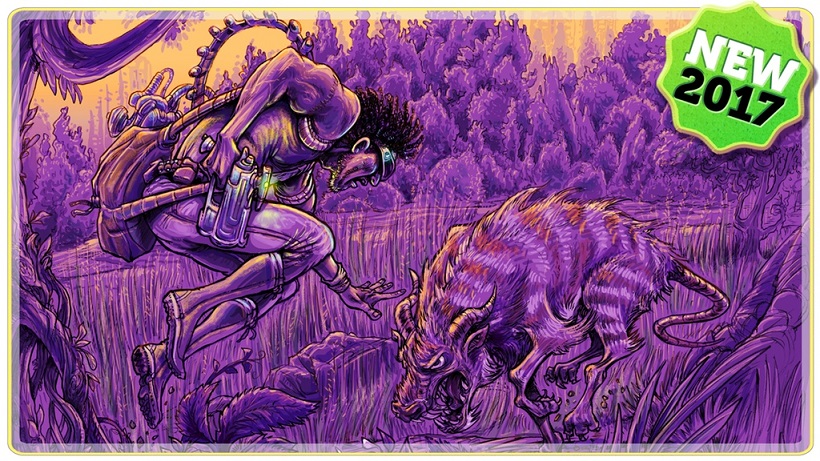 Midnight Legion Book 2: The World Reborn is now available for pre-order through Kickstarter.

More than four centuries have passed since the Devastation destroyed most of the human race. You are an agent of the Midnight Legion, tasked with preserving life and rebuilding civilization. Only one other agent remains, and she is somewhere ahead of you, racing for the Legion’s last remaining base. In this interactive novel, a standalone sequel to Operation Deep Sleep, you must solve puzzles, recover lost memories, and use stealth, combat, or diplomacy to reach the command center in time to prevent its ancient weapons from being unleashed.

Please check it out! For those of you who already ordered Books 2 and 3, we added a couple of extras to this campaign (the SUPPORT CREW and SPECIAL DOSSIER pledge levels) which you might enjoy. Either way, please free to share the news.

We anticipate getting BOOK 2 out this summer!

Join the Midnight Legion and support The World Reborn Kickstarter. 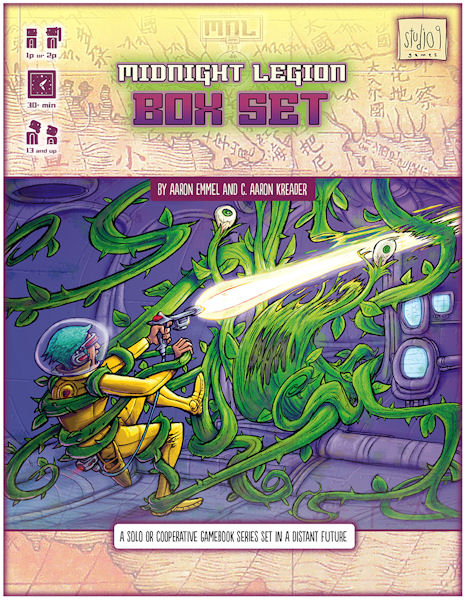 The Midnight Legion Boxed Set is available now for preorder from Studio 9.

The box contains space for Book 2, The World Reborn, and Book 3, The Portal of Life.

The set is anticipated to ship August 2016. 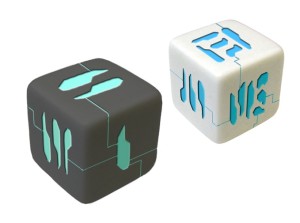 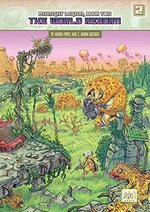 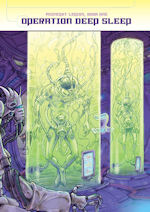 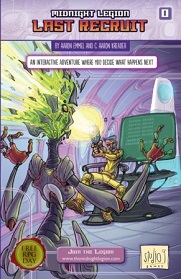